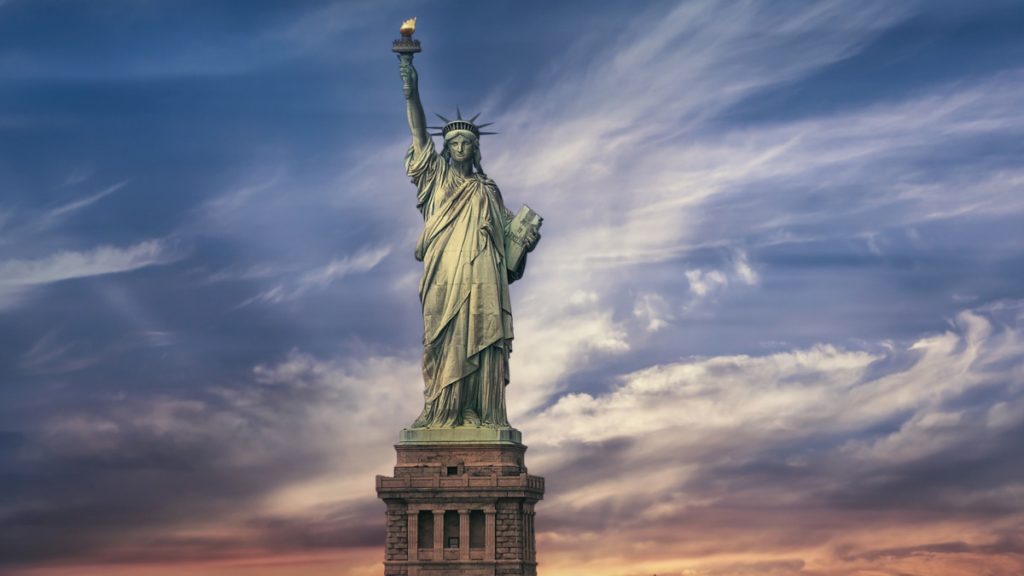 The shape and symbol of the Bronze Statue Of Liberty:

The making of the bronze Statue of Liberty

1. After the design scheme and clay sculpture production are completed (refer to model production).

3. Wax type filling system: the melted paraffin wax is poured into the silicone mold that has been made. Let the paraffin cool down. Remove the molded wax mold. Then the wax mold is trimmed.

4. Shell making: there are two kinds of shell making and mold turning:
4-1: One is precision casting (briefly).
4-2: The other is made of resin sandbox. Aongking will make a choice according to the situation of the two kinds of turning schemes. Generally speaking, we choose precision casting for small sculptures or sculptures with complex details. The sandbox production is generally suitable for simple without too complex details and the surface of the sculpture is smooth.
4-3: After the candidate turns over the plan. Pour the wax mold with mortar, and repeat the pouring until the mortar completely covers the wax mold to a certain thickness. Dry the wax mold wrapped in mortar. Then put the shell in the oven and heat it until the paraffin melts. This is the lost wax method of traditional casting.

5. Casting and polishing: The copper ingot is converted into copper water at high temperatures. Pour copper water into the finished shell or sandbox. And then clean the riser grinding.
6 splicing forming: such as casting cold to go. Put the polished bronze pieces together. Through the welding process.Is to make all castings into a complete whole. Once this is done, we should be able to see the general shape and appearance of the cast copper sculpture.
7. Product casting dressing and treatment: for welded castings. The surface is extremely rough. Copper products after welding also need to be sandblasted, cleaning, grinding, shaped, machining, polishing, and other processing.
8. Surface effect treatment and protection of casting sculpture: coloring is usually divided into cold coloring and hot coloring. According to the author’s requirements on the surface of the copper sculpture color, the cast copper surface treatment required effect, so that the shape and color to achieve perfect unity.
9. Oiling and sealing wax: after cleaning the welding joint and coloring the surface. The next is to cast a good sculpture surface oil, and sealing wax. Oiling, and sealing wax steps can make the sculpture surface for a long time to maintain a new feeling.

Not only the bronze Statue of Liberty, our sculpture factory can also customize more kinds of bronze sculptures. The artistic value of bronze sculpture is immeasurable. The artistic charm displayed by bronze sculptures is a realm. When countless people appreciate the beauty it brings, it is easier to comprehend the pursuit and artistic vitality it wants to show. In fact, as a feature of Bronze Statue Of Liberty, the material itself has a retro feel to its color. After meticulous processing, it has reached a state of resemblance to gods, which allows people to feel the resonance of art while watching them. Because Bronze Statue Of Liberty has a retro color, the overall visual effect has a greater impact than other handicrafts. The retro color not only makes the bronze sculpture look more solemn and noble, but also makes people feel a kind of taste after washing over the years. This kind of charm not only makes people contemplative but also has a mysterious veil, which makes the audience unable to ponder carefully. The use of Bronze Statue Of Liberty is not just about bringing more beauty to our living environment. Its existence also marks the ancient historical culture and sculptural skills of each country. 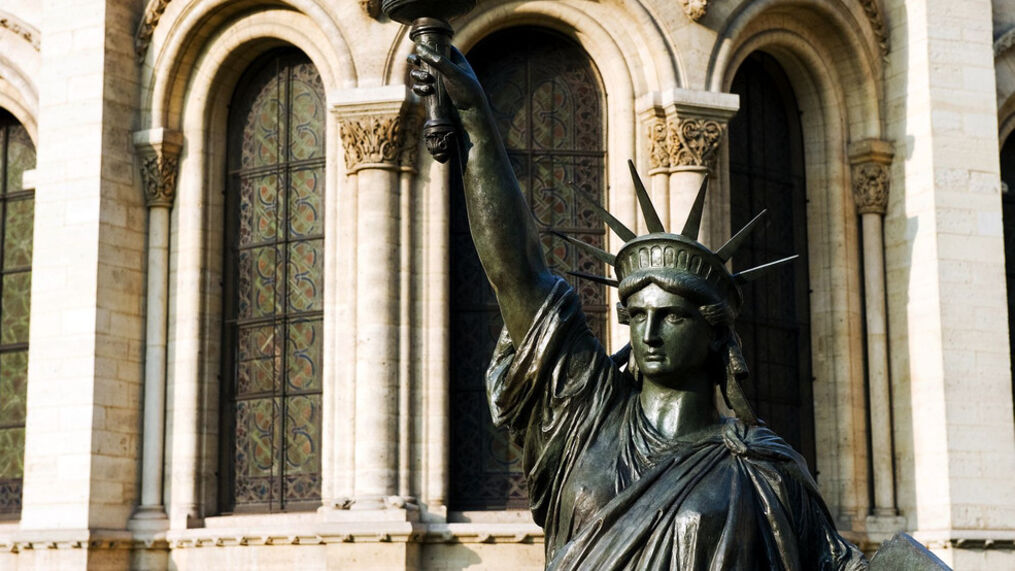 Bronze sculptures of other figures in our factory

If you want to customize bronze sculptures, you can choose a professional and regular manufacturer like our Aongking, which can not only obtain high-quality craft products but also have a perfect after-sales service to avoid a series of worries. We also have a wide variety of bronze sculptures of figures, such as children’s sculptures, which take children as the sculpture research objects, expressing children’s innocence and interest, and are mostly used in national parks, playgrounds, and urban cultural landscape sculptures. Celebrity sculptures are mostly created by many famous people at home and abroad. Between them can be directly used to commemorate and recall famous people. They themselves can learn from the spirit and perseverance of these famous people and learn from them with the positive attitude of the students. The bronze sculpture of ancient figures is mainly used to develop some sculpture objects that are also called a figure in ancient my country. It is commonly used in urban environmental sculpture to reflect economic socialist life. Bronze sculpture of abstract figure is a kind of online virtual casting based on people and real events of data and real information. It expresses the author’s understanding and expression of society and characters. Buddhist figure sculptures are mainly based on the analysis of ancient Buddhist figures in China and India, and are mostly used for different family worship, corporate technology worship, and urban planning and construction. . .