God says, “Moses was a very humble man, more humble than anyone else on earth.”
Moses was the national leader of the People of Israel, and historians consider him the founder of Judaism. Moses was considered the greatest of the prophets. He was the supreme leader of the Jews. 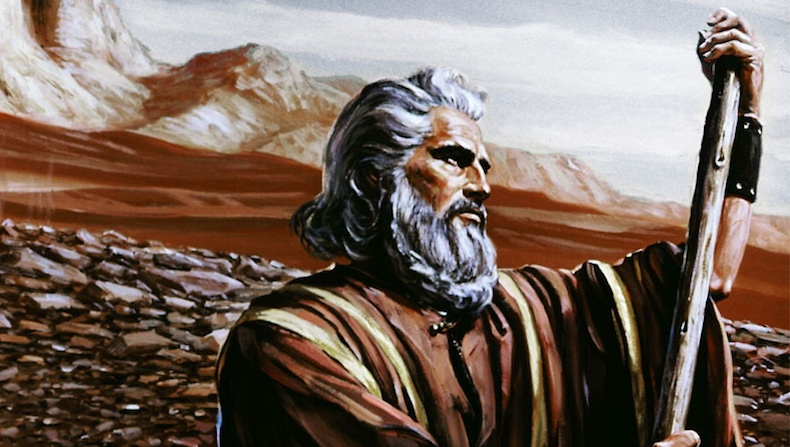 Moses was called the “Man of God” who led the Israelites out of slavery in Egypt.
In this process, Moses performed countless miracles, demonstrated the power of God, and became a truly influential life. Because of his influence, the statues of Moses is now commemorated.
1.moses marble sculpture by Michelangelo
It is well known that Michelangelo was the greatest sculptor of the Italian Renaissance. Moses is one of his most famous works.

The statue of Moses is a demigod demigod. Moses’ head stands majestically on end, his hair short, his eyes shining, his beard hanging down like a spray of water, like a figure on the ceiling of the Sistine Chapel.
With his right leg bent, he looked as if he were about to raise his foot to rise. there are also two horns on Moses’ head, which are said to be Latin for “force” in a sense, thus making the image of Moses more expressive.
2.Moses bronze sculpture

The first ten of the laws Moses issued to the People of Israel were called the Ten Commandments. The Law of Moses, represented by the Ten Commandments, was the norm of Jewish life and faith and was the original law.
Moses holds a scepter in one hand and a letter of law in the other, He is issuing laws to his people of Israel.
In the second statue, Moses holds out his arms, and the waves of water at his feet set him off. The verisimilitude of the statue lies not only in the folds of his clothes, the subtlety of his beard, but also in the depiction of his eyes.The expression of pride on his face.We can even feel his passion and devotion.
3.Moses bust sculpture

The Moses bust sculpture is not as big as the life size statue, it fits on a table or a shelf in home, this marble bust sunken eye sockets, deep eyes, the features give a sense of sharpness and depth. the bronze bust ‘s features are kindly and upright, Behind the collar not only to reflect the humble temperament, but also to support the head.

Looking at the life of Moses, the long years of his life, he lived in the presence of God, he was known by God, he was faithful to all his family, until his death he was buried by God, he personally mourned for him, and gave him the highest judgment. People choose to customize the statue of Moses in order to honor and remember him forever.